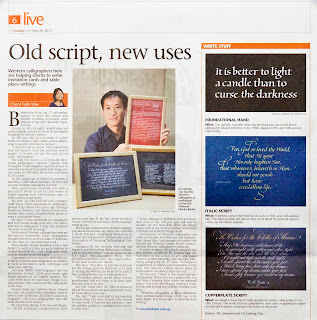 A couple of us Western calligraphers in Singapore were interviewed by the Sunday Times recently. The above article, ‘Old script, new uses’, appeared in the Life! supplement on 26 May 2013.

As a calligraphy enthusiast who does not do commissioned work, I am delighted that there are now two young calligraphers — Ong Fang Zheng and Clarence Valerius Wee — to whom I can refer the almost-weekly requests I get from wedding planners and designers looking for a calligrapher.

This article was, I understand from the journalist, originally to have featured calligraphers in general, i.e. including those from Chinese and other traditions, but its eventual focus was narrowed to Western calligraphy. I was asked to provide samples of three hands — Gothic, Italic and Copperplate — but I proposed Foundational in place of Gothic as the Germanic script is one I have never been able to master, and probably never shall.
Posted by Ludwig Tan at 2:02 AM 10 comments: 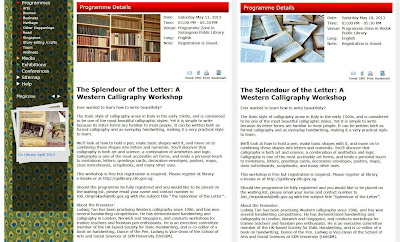 Although two-and-a-half hours long, these sessions are very well attended and participants seem to enjoy themselves. In fact, it is always a rush to cover everything from holding the pen to making basic strokes with it, and from writing the small and capital letters to writing words, names and messages.

These sessions are free of charge, and participants get a calligraphy marker to keep. As an instructor, I am not paid a fee either; this is entirely voluntary work and I get a huge sense of satisfaction when the class goes well.
Posted by Ludwig Tan at 11:23 PM 21 comments:

Western Calligraphy: The Splendour of the Letter 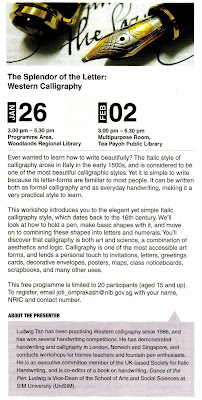 This year I’ve had the pleasure of teaching two Italic calligraphy workshops to the public, through the National Library Board (NLB) in Singapore (Woodlands Regional Library on 26 January 2013; Toa Payoh Public Library on 2 February 2013).

When I did my first workshop at Woodlands, it struck me that I was finally fulfilling my dream of teaching calligraphy to adults — a wish I had had since picking up Italic at the age of 16. Back then, every time I passed by the community centre near my house, I’d think how cool it’d be to teach adults.

This (below) was the registration table at the Woodlands workshop. The facilitator, Ms Joti Omprakash, was extremely helpful and efficient — as you can see, she and her colleagues actually arranged for calligraphy titles in the library to be made available for loan. 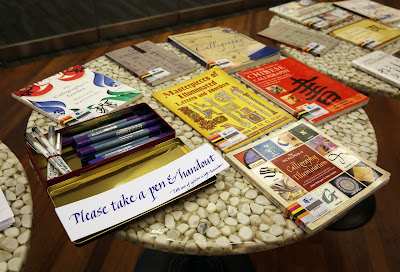 I began with a slide show telling the audience about how my calligraphic journey started. 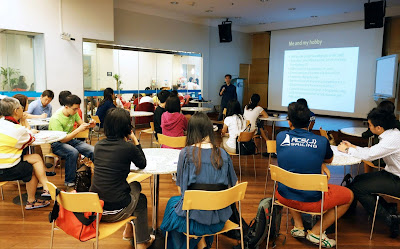 Below, I’m showing them an example of Spencerian, which I’d scribbled with a ballpoint pen. 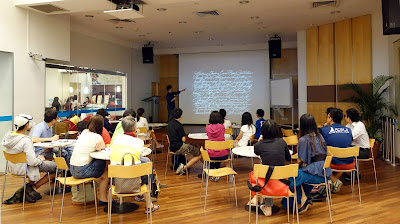 It was heartening for me to see that my workshops attracted many young people. This is a group of students from my alma mater Ngee Ann Polytechnic, who told me they were training to be art curators. Polys are truly innovative these days! 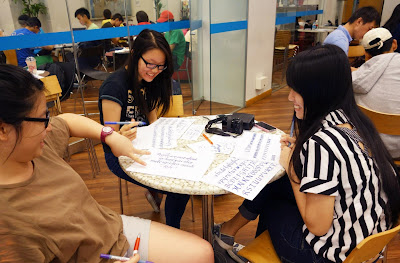 My next workshops will be on Saturday 11 May (Serangoon Public Library, at Serangoon Nex) and 18 May (Bedok Public Library).
Posted by Ludwig Tan at 3:25 AM No comments:

Here are five pieces of calligraphy I did in December 2012 for Bright Vision Hospital in Singapore. My small contribution was part of a project to adorn the white walls of the new extension with artwork to bring cheer to the patients — other people contributed photographs, paintings and drawings, of a much higher standard than my own work. 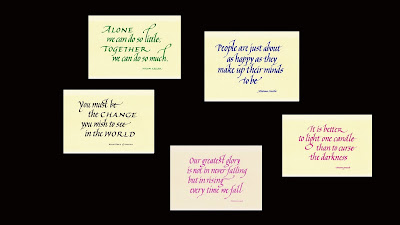 Every year, I am deeply honoured to be invited by trainee teachers at the National Institute of Education (NIE), Singapore, to conduct my ‘Western Calligraphy 101’ workshop at their annual Learning Festival.

This Festival is a splendid idea — lessons are cancelled for a large part of the day, and students and staff are encouraged to hold and attend workshops that teach skills not on the Institute’s curriculum, such as life-saving, muffin making, tea appreciation, and balloon sculpting.

I’m proud to report that my calligraphy workshop has been running for five years, and response continues to be very encouraging. Here are two photos from my workshop on 5 September 2012. 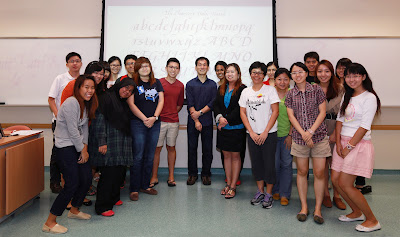 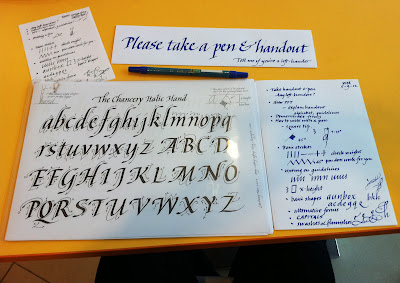 It’s been almost a year since I last posted.  How time flies!

I’ve been meaning to post these for the longest time: two Italic alphabets, one showing the recommended order of strokes and another, cleaner one showing some letter variations, and a guide sheet for writing on.  The alphabets are hardly perfect, but I trust they are clear enough.

I usually give these as handouts when doing calligraphy workshops: one copy each of the two alphabets, and four copies of the guide sheet.  And I bring a pile of guide sheets just in case people run out of them. 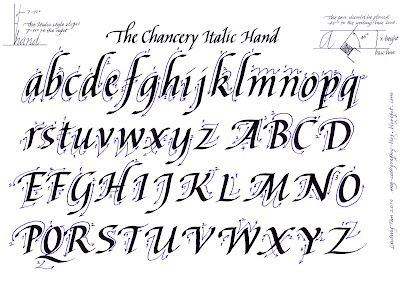 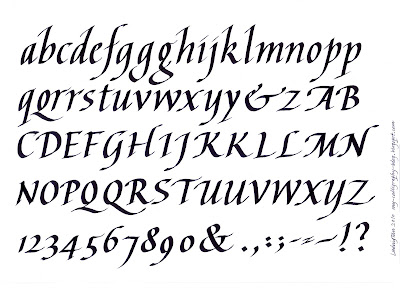 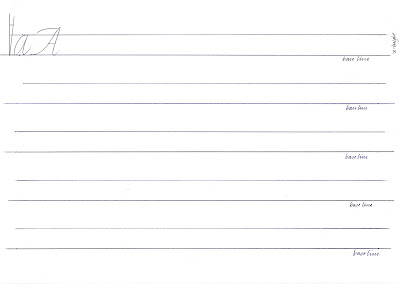 I was recently asked to write this for someone who wanted to put it up in her office cubicle. Apparently in Latin it means ‘live and let live’, but google this and you’ll find different formulations, including vive et sine vivere.  I know hardly any Latin, not having had the privilege of a Classical education, but I do know that word order is extremely free in the language because verbs and nouns are highly inflected for case and agreement, among other things.  Presumably, what I’ve written literally means ‘live and to live without’, but this is just a guess.  Written with a Kuretake marker.
Posted by Ludwig Tan at 6:32 AM 10 comments: